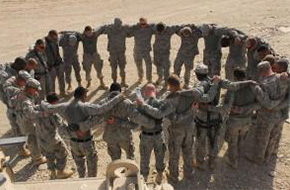 How and why are wars fought? What exactly is a just war? This program looks at the history of "just war theory," starting in antiquity and following the development of three major elements of just war thinking: jus ad bellum (the right to war), jus in bello (the laws of war), and jus post bellum (justice after war). Highlighting the work of philosophers Larry May, Michael Walzer, and Richard Norman, Kent McConnell focuses discussion on the philosophical and theological foundations of just war thinking and non-violence. This program is available as an in-person or online presentation.