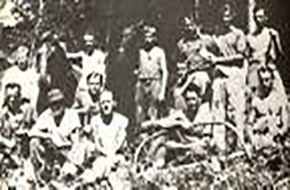 During World War II, 300 German prisoners of war were held at Camp Stark near the village of Stark in New Hampshire's North Country. Allen Koop reveals the history of this camp, which tells us much about our country's war experience and about our state.