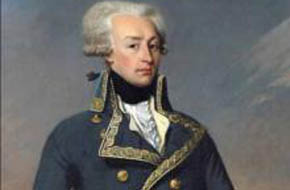 Lafayette's first foray into human rights work was during the American Revolution which he saw as a cause important to all people. He continued to promote universal natural rights throughout his life. During the French Revolution he drafted "the Rights of Man and the Citizen" and later supported other revolutions in Europe and South America as well as causes designed to deliver human rights to the oppressed. In particular, the abolition of slavery engaged Lafayette continuously, from the American Revolution and his return tour of the United States until his death in 1834. Lafayette said: "I would never have drawn my sword in the cause of America, if I could have conceived that thereby I was founding a land of slavery."