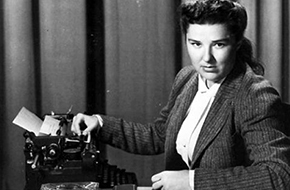 Before Peyton Place: In Search of the Real Grace Metalious

Grace DeRepentigny Metalious believed that in rejecting her own ethnic and religious heritage, she would come closer to inheriting the "American Dream." Her Quebecois ancestry and her formative years in Manchester reveal aspects of the author that the public rarely knew. Robert Perreault focuses on Metalious's most autobiographical and ethnically-oriented but little-known novel, No Adam in Eden.