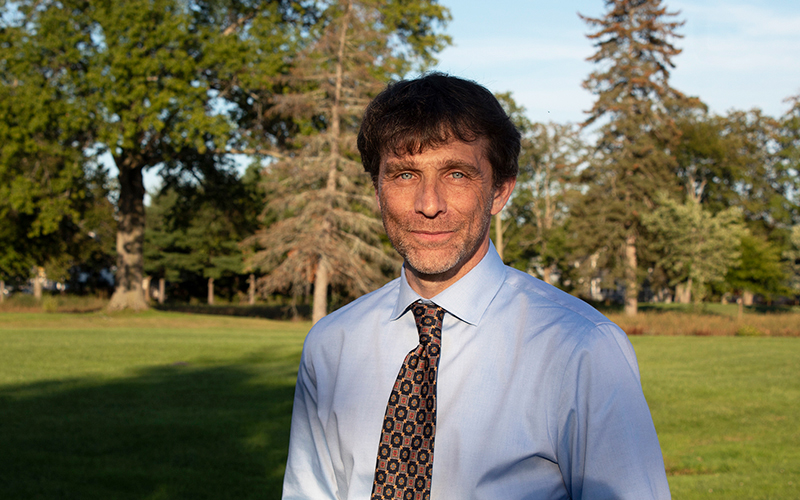 New Hampshire Humanities (NHH), the independent, statewide nonprofit and affiliate of the National Endowment for the Humanities, is pleased to announce the arrival of Michael Haley Goldman as its new Executive Director. Haley Goldman, most recently of Silver Spring, MD, will spearhead the organization as it pursues key priorities: increasing innovative public humanities programs and making them accessible to diverse audiences in every corner of the state.

Michael Haley Goldman was most recently Director of Future Projects at the United States Holocaust Memorial Museum in Washington, DC, where he established a digital innovation laboratory team to explore the impact of emerging technologies on history education, informal learning, and digital humanities. Future Projects conducts research, develops prototypes, and uses new technologies such as virtual reality, augmented reality, and 360° video to transform Holocaust memorialization and education. Haley Goldman has also served as the Museum’s Director of the Benjamin and Vladka Meed Registry of Holocaust Survivors and as the Director of Global Classroom and Evaluation.

“New Hampshire Humanities’ Board of Directors and staff are thrilled to have Michael on board,” said Marcia Kelly, NHH Board Chair. “His steady growth in responsibilities through various positions at the US Holocaust Memorial Museum, his commitment to lifelong learning, his deep interests in the digital humanities, and his orientation to the future have all fueled our anticipation for his arrival.”

“I’m excited to be part of a respected organization with such a long history of outstanding, innovative programs and deep ties within our statewide community,” said Haley Goldman. “Now is such an important time for New Hampshire and the country to strengthen civic education and dialogue, and the public humanities have the power to inform and broaden these vital conversations. I look forward to working with the NHH team and our partners to continue to grow humanities programming and access for all Granite State residents.”

Michael looks forward to meeting supporters and partners in the coming months. He can be reached at mhaleygoldman@nhhumanities.org.