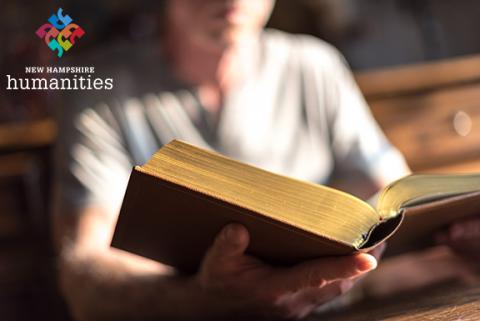 âIsnât this supposed to be a tragedy?â begins Stacie,* a mother participating in a Connections book discussion at Goffstown State Prison for Women. âSometimes I think Shakespeare is making fun of Romeo and Juliet.â

âIn a tragedy, things usually end badly for the main characters, but there can still be humor. With the way the story plays out, do you think Romeo and Juliet were just victims or could they have also been heroes,â asks discussion facilitator, Courtney Marshall.

Everyone in the room has an opinion: some believe the young lovers were definitely victims of their familiesâ feud, others think they were fools, not so much deserving of what they got, but too young and impulsive to understand the consequences of their actions. Maybe this was what Shakespeare was poking fun at. But heroes?

âI hadnât really thought of them as heroes,â Bella adds.

âBut if they hadnât killed themselves, their families would never have stopped their feud,â observed Elena.

âBut it was self defense!â

âStill, that makes him a perpetrator.â

âSo,â continues Courtney, âAre they maybe all three: victims, heroes and villains? Or, at least Romeo is? Is it possible to be all three?â

The lively discussion continues in the cramped prison classroom. Ten mothers are participating in this four-week New Hampshire Humanities Connections series, which began with the childrenâs book Amazing Grace by Mary Hoffman and illustrated by Caroline Binch. This book tells the story of a little girl with a huge imagination who desperately wants to act the role of Peter Pan in her school play. Then the women read a graphic novel version of Romeo and Juliet by Gareth Hinds along with a side-by-side Elizabethan and modern English version of the same from the âSpark Notesâ series, No Fear Shakespeare. Connections facilitator Courtney Marshall felt that starting with the childrenâs book âwas very smart. Not only did the story reference Shakespeare, but it also helped set us up to discuss our relationship to âgreat works.â Seeing that a young black girl could overcome peer pressure that told her that Peter Pan is not for people like her was a great boost to the women in the group.â

After the program, the mothers will send these books home to their children along with a CD recording of their own reading and many of them will talk about the books during phone or video chats. The three to four books selected for each prison series are leveled to reach children at preschool to elementary, middle school, and high school ages. Participants read some of the books together in class, and then the rest on their own in between sessions. In this case, the women arranged to read Romeo and Juliet together in between meetings, taking parts, listening carefully to each other, and interpreting the meaning of the dialogues. âThis was the most engaged group Iâve ever facilitated,â Courtney says. âNot only did they come to our meetings ready to participate, but they met outside of our gatherings to recite the play. They helped one another understand, and if someone was absent or hadnât finished all the reading, they got them caught up to speed. They were very generous with their praise for one anotherâs opinions, and at no point was anyone checked out of the conversation.â

Incarcerated mothers participating in Connections have children ranging from infancy to adulthood. For the women, this discussion series is a step in a long process of reconnecting or strengthening their bonds with their children, for many, another key to regaining custody upon their release. With hopes and concerns for their children never far from their minds, the mothers at Goffstown look at this famous tale of doomed love from both the perspective of their own experience and as parents. Talk about romantic love evolves into a discussion about ways to help adolescents deal with heartbreak. The conversation turns from the personal to the universal, and back to Shakespeare.

âThe children are fighting their parentsâ battle for them,â says a young mother who had been listening quietly in the corner.

The group agrees, and decides that because Romeo and Juliet are acting out the ancient family feud, they wind up being victims, villains, and heroes at the same time. The state of being any of the three could repeat itself, throughout oneâs life. Or, given a chance, a person could progress through being a victim and villain to becoming a hero.

Herein lies the beauty and relevance of classical literature â Shakespeareâs words reaching across four centuries to touch the minds of women behind the walls of the Goffstown prison, with a powerful message meaningful even today: a way to look at the human condition that brings us into our shared humanity. Inmates could be doomed to live as perpetual outsiders; literature, especially classics, draws them into an inner circle of readers excluded only by personal choice. In this way, literature is the great equalizer, offering true opportunity available to all who read. While some education is prescriptive, setting a clear path of progress for the student, literature offers discovery, linking the reader to bigger ideas and concepts beyond their everyday frame of reference while encouraging self-reflection, and the development of conscience, discernment, and a sense of possibility.

For the mothers at Goffstown Prison for Women, books also give them a tangible link to their children and to each other. After Romeo and Juliet, they are asking for âmore classics, and next time, we would like to have more time with a play â and a chance to act it out â and maybe have a performance.â Their passion for literature is abundantly evident.

New Hampshire Humanities provides two Connections book discussion series to each NH state prison every year, reaching over seventy incarcerated parents and their many children with books and ideas. We work in partnership with the Family Connections Centers at the New Hampshire state prisons, a model program that helps parents build strong relationships with their children, a foundation for success in life inside and outside. For more information, please visit www.nhhumanities.org/connections.