Stoned in the Granite State: The Debate Over Marijuana Legalization

In the first program of the 2019-2020 "Ideas on Tap" series, we hosted a community conversation about marijuana and the historical context of its prohibition and about how attitudes towards marijuana have changed over time. We explored current laws regarding marijuana usage in New Hampshire and the potential impact of legalization.

JEANNE HRUSKA is Political Director for ACLU of New Hampshire. She comes most recently from the U.S. State Department, where she worked as a senior advisor. She has worked on multiple electoral campaigns, and helped former Senator Russ Feingold launch LegitAction, an online organization committed to protecting and strengthening voting rights. Jeanne received her J.D. from George Washington University Law School, and her B.A. from the University of Southern California. She was born and raised in New England, and is a die-hard New England sports fan. Her issue areas of particular interest include criminal justice reform, voting rights, LGBTQ rights, and reproductive rights.

DR. MICHAEL LEESE completed his Ph.D. in the University of Michigan’s interdepartmental program in Greek and Roman history. Previously, he earned a B.A. in classics and an M.A. in Latin education at the University of Connecticut as well as an M.A. in classics at the University of British Columbia. His research interests focus on the economic history of the ancient Greek world, as well as the evolution of capitalism throughout world history. In his teaching, he draws upon a wide array of interdisciplinary theory to demonstrate how the ancient world can provide a useful perspective on problems in the world today. Courses he teaches at UNH include pre-modern world history, economic history, Greco-Roman history, and historical methodology.

MICHAEL STAUNTON is a Ph.D. candidate in sociology at the University of New Hampshire in Durham. His research focuses on stress processes, mental health, and substance use among young people. He recently co-authored “Marijuana: Examining the Facts,” a book that uses scientific evidence to examine commonly held beliefs about cannabis. Michael’s doctoral dissertation investigates risk factors for psychotherapeutic misuse among adolescents. Michael holds an M.A. in sociology and has taught as an adjunct instructor of sociology. Prior to attending graduate school, he worked with adolescents for nine years in a residential treatment program.

"Marijuana Legalization Bill Put On Hold in NH Senate," NH Public Radio, May 2019
"The Truth About Marijuana," UNH Today, about the book co-authored by Ideas on Tap panelist Michael Staunton
"The Pitfalls of Weed Legalization," an informative video by The Atlantic briefly outlines the pros and cons of legalization 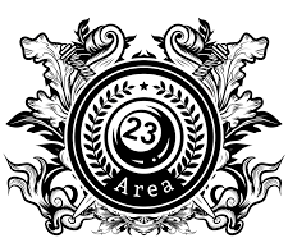 Want to explore them more? Organize a similar event or a whole series in your community
with the support of a New Hampshire Humanities Community Project Grant.