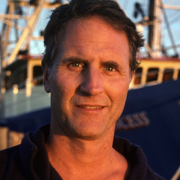 NY Times Bestselling author of 30 books including The Finest Hours (now a Disney movie), King Philip's War, No Will Set You Free, The Waters Between Us, A Storm Too Soon, Fatal Forecast, and There's A Porcupine In My Outhouse. He has also written several books for kids aged 8-14 as part of his True Rescue Series.  Tougias has spoken in almost all 50 states.  www.michaeltougias.com 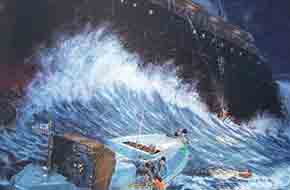 At the height of the Cold War, two things saved humanity: the strategic wisdom of John F. Kennedy and the U2 aerial spy program. Based on declassified intelligence and interviews with the pilots, Michael Tougias and co-author Casey Sherman's book Above & Beyond: John F. Kennedy and America's Most Dangerous Cold War Spy Mission grounds this conversation about presidential decision-making, nuclear containment, intelligence-gathering, and public information. It's a timely topic given today's concerns about the United States, North Korea and Iran. Tougias gives special emphasis to the U-2 pilots who flew unarmed over Cuba to secure photographic proof that the Soviets were installing nuclear missiles on the Island.