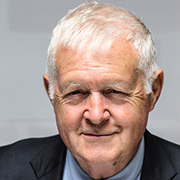 Steve Taylor is farmer, writer and longtime scholar of the state's rural history and culture. He has been a newspaper reporter and editor and was the founding executive director of the New Hampshire Humanities Council. With his three sons, he operates a livestock and maple farm in Meriden Village, and he served 25 years as the state's commissioner of agriculture. Taylor been a presenter of various topics for the New Hampshire Humanities to Go program since 2010. 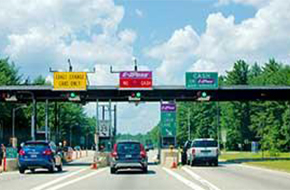 New Hampshire Roads Taken Or Not

Following World War II, New Hampshire embarked on an extensive program of constructing new highways and improving existing roads to accommodate explosive growth in passenger vehicles and the need for better infrastructure to accommodate commercial traffic. Hundreds of millions in federal, state, and local tax dollars would be expended on this initiative over the second half of the 20th century and road construction would become an enduring part of the state's economy. Decisions about when and where highway projects would be undertaken were often driven by political considerations as well as by policy dictated from Washington. Frequently, choices not to build or improve certain roads would generate as much conflict and controversy as would the proposals that would eventually be implemented. Either way, decisions about highways would come to have profound and lasting impacts upon communities and entire regions of the state. In this program, Steve Taylor reviews some of New Hampshire's most significant highway choices in the 20th century, followed by discussion of the economic, social, and cultural changes that followed decisions to build or not to build. 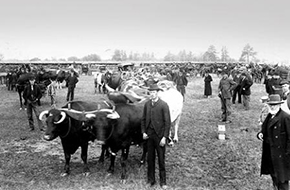 The first agricultural fair in North America was held in what is now Londonderry in 1722, and it would become a wildly popular event lasting for generations until it came to be so dominated by gambling, flim-flam, and other "scandalous dimensions" that the legislature revoked its charter in 1850. But fairs have always had strong supporters and eventually the state came around to appropriating modest sums to help them succeed. Temperance groups and others would continue to attack the fairs on moral grounds and their close connection to horse racing was a chronic flashpoint. Steve Taylor will discuss the ups and downs of the fairs down through years and how public affection for rural traditions helps them survive in contemporary times.

New Hampshire's One-Room Rural Schools: The Romance and the Reality

Hundreds of one-room schools dotted the landscape of New Hampshire a century ago and were the backbone of primary education for generations of children. Revered in literature and lore, they actually were beset with problems, some of which are little changed today. The greatest issue was financing the local school and the vast differences between taxing districts in ability to support education. Other concerns included teacher preparation and quality, curriculum, discipline, student achievement and community involvement in the educational process. Steve Taylor explores the lasting legacies of the one-room school and how they echo today.

Poor Houses and Town Farms: The Hard Row for Paupers

From its earliest settlements New Hampshire has struggled with issues surrounding the treatment of its poor. The early Northeastern colonies followed the lead of England's 1601 Poor Law, which imposed compulsory taxes for maintenance of the poor but made no distinction between the "vagrant, vicious poor" and the helpless, and honest poor. This confusion persisted for generations and led directly to establishment in most of the state's towns of alms houses and poor farms and, later, county institutions which would collectively come to form a dark chapter in New Hampshire history. Steve Taylor will examine how paupers were treated in these facilities and how reformers eventually succeeded in closing them down.