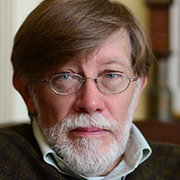 J. Dennis Robinson has published over a dozen books and 3,000 articles on history focused primarily on the seacoast region. He is the author of richly illustrated books on the Isles of Shoals, Strawbery Banke Museum, Wentworth by the Sea Hotel, and Privateer Lynx. His new award-winning hardcover, Music Hall, tracks the 400-year evolution of the performing arts in Portsmouth. His first novel, Point of Graves, is a character driven "history mystery" that explores Black history in New Hampshire's only seaport. He is currently completing a history of New Castle, a provocative study of the first NH settlement in 1623, and a comic book history of Portsmouth for kids with children's book illustrator Robert Squier. His work can be seen at jdennisrobinson.com online. 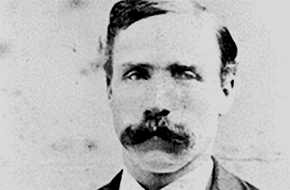 For almost 150 years the moonlight ax murder of two Norwegian women on the rocky Isles of Shoals has haunted New England. Popular historian and lecturer J. Dennis Robinson cuts through the hoaxes, lies, rumors, and fiction surrounding the arrest, trial and execution of 28-year old Louis Wagner, who claimed his innocence to the end. If you read the bestselling novel Weight of Water or saw the Hollywood film -- that's not what happened. A longtime summer steward of Smuttynose Island, Robinson lays out the facts based on his book-length study, Mystery on the Isles of Shoals. 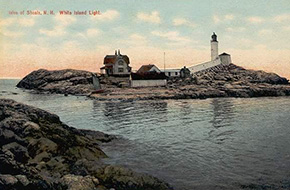 Treasure from the Isles of Shoals: How New Archaeology is Changing Old History