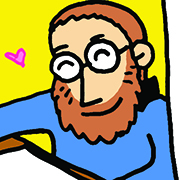 NH-based cartoonist, musician, and educator Marek Bennett leads discovery-based Comics Workshops for all ages throughout New England and the world beyond! His comics work includes the graphic novel series, The Civil War Diary of Freeman Colby, as well as drawing, translating, & editing for The Most Costly Journey (2021) with the bilingual El Viaje Project. Marek is the recipient of the 2021 New Hampshire Governor’s Arts Award for Art Education. His website is: www.MarekBennett.com 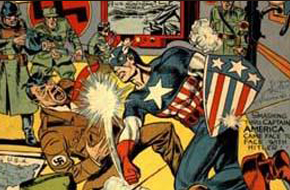 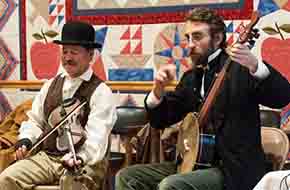 Marek Bennett will deliver an engaging overview of global politics prior to the American Civil War through the lens of early banjo music. Between 1820 and 1860, the banjo transformed from a slave instrument found only on Southern plantations to an international pop phenomenon: songs and playing techniques carried far and wide in the emerging global economy, from the streets of New York's Five Points slum to the gold fields of California and the elite drawing rooms of London, from the battlegrounds of Nicaragua to official diplomatic receptions in Japan. How did this African-derived, slave-borne folk instrument come to symbolize all the best and worst of a young United States of America?

Rally Round the Flag: The American Civil War Through Folksong

Marek Bennett presents an overview of the American Civil War through the lens of period music. Audience members participate and sing along as the presenters explore lyrics, documents, and visual images from sources such as the Library of Congress. Through camp songs, parlor music, hymns, battlefield rallying cries, and fiddle tunes, Bennett examines the folksong as a means to enact living history, share perspectives, influence public perceptions of events, and simultaneously fuse and conserve cultures in times of change. Showcasing numerous instruments, the presenters challenge participants to find new connections between song, art, and politics in American history.