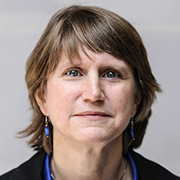 Rebecca R. Noel is Professor of History at Plymouth State University. She holds an MA and PhD in American and New England Studies from Boston University and a BA in History from Yale University. She teaches history courses on the antebellum and Civil War era, American medicine, childhood, and the American West. Her book in progress is Save Our Scholars: The Quest for Health in American Schools. 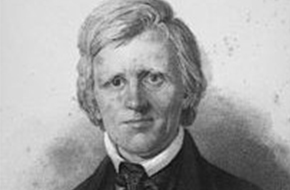 Successful attorney--and father of eight--Nathaniel Peabody Rogers walked away from his Plymouth, NH, law practice in the 1830s for a dangerous and nearly unpaid gig editing a Concord-based anti-slavery newspaper, the Herald of Freedom. Plymouth State University historian Rebecca R. Noel tells the story of this feisty Granite State native, one of the so-called New Hampshire radicals. Rogers' dedication to abolition and racial inclusion took several forms in his relatively short life. He sheltered fugitives in Plymouth and Concord, co-founded the integrated Noyes Academy in Canaan, networked with major abolitionists including Frederick Douglass and William Lloyd Garrison, and above all wrote passionate, searing essays against slavery and racism. Henry David Thoreau admired Rogers' political zeal and his beautiful nature writing about the White Mountains, published under the pseudonym "The Old Man of the Mountain," and abolitionist poet John Pierpont called Rogers the best newspaper writer in the United States. Rogers' story shines a light on this lively reform era, and his contributions to the crusade for social justice still resonate today. 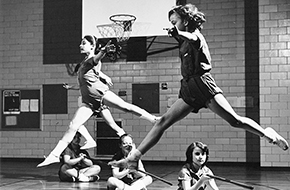 The History of Gym Class

Rebecca Noel explores the sometimes alarming, sometimes hilarious backstory of what we now know as gym class. Physicians worried since the Renaissance that the sedentary, scholarly life makes people sick. They focused on varying concerns over time: digestive woes, melancholy, tuberculosis, spinal curvature, reproductive weakness. The problem widened along with access to education during the Enlightenment and into the 1800s. Tracing this idea from Europe to the United States, from scholars to children, and from boys' to girls' education, the presentation shows how these fears inspired schools to get children moving. The (optional) interactive aspects of the presentation will include audience testing of historic exercise schemes, some done in pairs. The program concludes with audience discussion of the relevance of this problem to our own times-like the Enlightenment, a moment in history when suddenly many more people live the sedentary lives once limited to a few scholars.