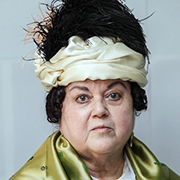 For more than twenty years Sally Mummey has brought First Lady Mary Todd Lincoln to life for hundreds of audiences throughout the eastern US. Using storytelling and a good dash of humor, she engages audiences of all ages in dynamic, interactive, first-person portrayals. Mummey's passion for the history of the 19th Century has led to extensive research into powerful and prominent women in a male-dominated society. Her interest in Queen Victoria was sparked when she read letters between the Queen and the Mrs. Lincoln, which revealed striking parallels in their lives. Mummey is an award-winning lifetime member of the Association of Lincoln Presenters. She is also a member of the Auxiliary to the Sons of Union Veterans of the Civil War, the Society of Europe, the Victorian Society, and the Surratt Society, as well as Solo Together, a New England-based organization of re-enactors who portray political figures from 19th and 20th century America. 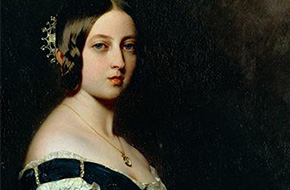 A Visit With Queen Victoria

In 1837, teenaged Victoria ascended to the British throne, untrained and innocent. Those who would try to usurp her power underestimated this self-willed intelligent young woman whose mettle sustained her through her 63-year reign. Using Queen Victoria's diary and letters, this program reveals the personal details of a powerful yet humane woman, who took seriously her role as monarch in a time of great expansion. She and her husband, Albert, set an example of high moral character and dedication, a novelty in the royal house after generations of scandal. Through her children she left a royal legacy; an era bears her name. Sally Mummey performs this living history in proper 19th century clothing resplendent with Royal Orders. 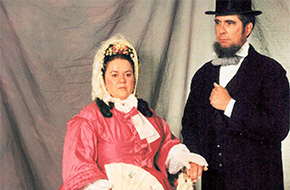 Raised in a slaveholding family, Mary Todd Lincoln evolved into an advocate for abolition. The intellectual equal of well-educated men, she spoke her mind openly in an era when a woman's success in life was measured by marriage and motherhood. Against her family's wishes, she married the man she loved and partnered with him to achieve their goal of becoming President and First Lady. Sparkling with humor and insight, Sally Mummey as Mary Lincoln shares stories of their life and love, triumphs and challenges, and life in the White House during the tumultuous years of the Civil War.