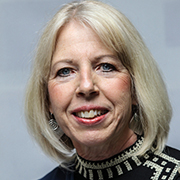 Marina Kirsch is an author and presenter who encourages audiences to adopt a lifelong dream, goal, and vision powered by love and supported by faith. Her presentations, based on her award-winning book, Flight of Remembrance, have been provided at over 100 venues in eleven states since 2012. Marina is a freelance graphic designer, book designer, and editor, as well as an officer and Distinguished Toastmaster with the Exeter Speak-Ups club. She considers connecting with audiences a privilege and delight. 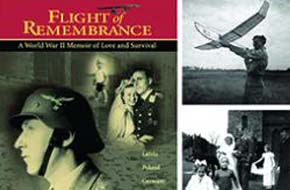 Flight of Remembrance: From WWII in Europe to the U.S. Space Program

The true story of the speaker's family from the Axis side of WWII in Latvia, occupied Poland, and Germany—a story that includes two German veterans and provides a perspective seldom heard in the U.S. Though they did not support Hitler or join the Nazi Party, the speaker's father and grandfather, both technically skilled, were forced to serve in the German military after fleeing from Latvia to Germany before the first Soviet takeover of the Baltic States. As of 2022, the presentation includes new maps and parallels between the experiences of the speaker's family in WWII and those of Ukrainians today. By giving a face and name to "the enemy," the presentation offers a seldom-shared perspective on the most devastating world conflict of all time, and sheds light on what it was like to live through war waged on home soil. Flight of Remembrance is a story of love, survival, and a lifelong dream for a career in aeronautical engineering that expanded to a key role in the emerging U.S. space program.