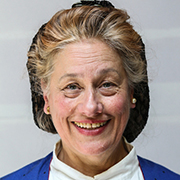 Deborah Anne Goss is originally from Brattleboro VT and has a BFA in Acting from Boston University's College of Fine Arts Theatre Division. She has studied and taught singing and voice production as well as performing on stage in both dramatic and musical roles since the 1970s. Since 1994, as one half of the duo "The Proper Ladies" with Anabel Graetz, she has toured on both coasts and performed throughout New England with their a cappella arrangements of popular songs of 19th-century America, highlighting the culture, social movements and personalities of our nation's past. Historical projects have always been a favorite part of her career and for several years Goss has performed her 'History in Word and Song' programs as concerts, as lectures, and in character as 19th-century women at museums, historic sites, and libraries. 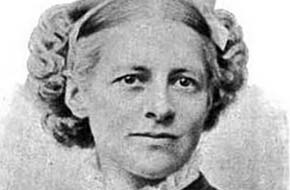 Abby Hutchinson's Sweet Freedom Songs: Songs and Stories of the Struggle for Abolition and Woman Suffrage

Deborah Anne Goss appears as Abby Hutchinson Patton, recalling mid-19th-century U.S. and New Hampshire history and performing rousing anthems, heartfelt ballads, and humorous ditties sung during anti-slavery and early women's rights struggles. In the 1840s and 1850s the Hutchinson Family Singers strongly influenced the opinions of the era with their popular songs promoting healthy living and social justice-most prominently the abolition of slavery. Participants are encouraged to join in the singing on several choruses or read a poem or political diatribe of the time.