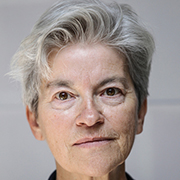 Helen Hiller Frink holds a BA in English from the University of New Hampshire and masters and doctoral degrees in German from the University of Chicago. She retired from Keene State College as Professor Emerita of Modern Languages in 2009. She is the author of These Acworth Hills, Alstead Through the Years, Women After Communism: the East German Experience, and Oil, Ice and Bone: Arctic Whaler Nathaniel Ransom. She is descended from two families of Yankee whalers and lives too far from the sea in Acworth, New Hampshire. 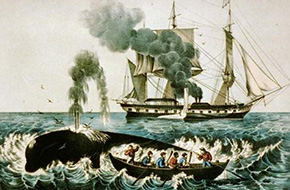 In January 2016, the U.S. National Oceanic and Atmospheric Association announced the discovery of the wreckage of two sunken whale ships off the Alaskan coast. Oil, Ice, and Bone tells the story of these vessels and how they came to be lost in the greatest whaling disaster in American history. Arctic whaler Nathaniel Ransom served as third mate of one of the ships abandoned in 1871. In 1860, as a fourteen-year-old, he followed his five older brothers into the dank forecastle of a whaling vessel. For fifteen years he hunted seventy-ton bowheads in Arctic waters for the many uses of "bone." Blades of flexible baleen from the leviathan's enormous jaw raised its value, even as petroleum gradually replaced whale oil as a source of lighting. In 1871 Ransom survived the loss of thirty-two whaling vessels in the frigid waters off Alaska's Icy Cape. He kept a journal - and held onto it as he and his shipmates jettisoned weapons and warm clothing to save their very lives. His eyewitness account of whaling's brutal slaughter and sudden losses is enriched by presenter Helen Frink's affection for an ancestor she discovered through his journals a century after his death.