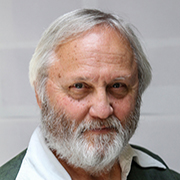 By combining science and theatre, Michael Francis has been able to reach audiences to instill an interest in the wonders of our Universe. In addition to his programs in libraries, schools and civic organizations, he has presented at the Space Telescope Science Institute, Carnegie Science Center, the Franklin Institute, the National Air and Space Museum and astronomical conventions. Francis is a member of the Screen Actors Guild - American Federation of Television and Radio Artists and Actors Equity Association. He also belongs to the International Museum Theatre Alliance, the International Planetarium Society, the Mid Atlantic Planetarium Society and SoloTogether. 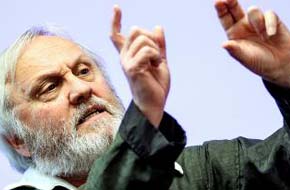 The Starry Messenger, presented by Michael Francis, is a dramatic fun-filled adaptation of Galileo's short treatise "Siderius Nuncius." Galileo (dressed in 17th-century costume) arrives to present a public lecture on his most recent discoveries made using his newly-devised spyglass. As he describes those discoveries, Galileo's new method of observation and measurement of nature become apparent. Throughout the presentation audience members are actively involved in experiments and demonstrations. After the lecture, Galileo answers questions about his experiments, his life, and his times.