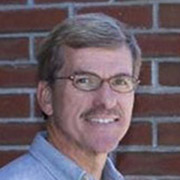 Patrick D. Anderson, Gibney Distinguished Professor at Colby-Sawyer College, is a cultural historian who teaches American studies, film, and Native American studies courses. His research on indigenous peoples has taken him to the Pacific Northwest and Alaska, the American Southwest, and Central and South America. Anderson has also written about Hollywood filmmaking and the Academy Awards and hosted a televised film review program, "Reel Talk." He has degrees from the University of Notre Dame and the University of Michigan. 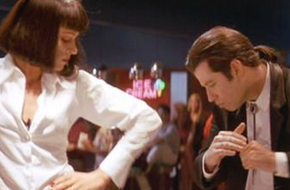 Patrick Anderson focuses on contemporary film directors and screenwriters in the United States whose originality, independence and unconventional approaches to the medium have contributed to the evolution of the industry. The program enables a greater understanding of and appreciation for both the content and form of movies made outside the mainstream Hollywood system, and considers some of the key differences in theme, style and narrative format between these works and the more conventional fare of so-called "classic cinema." Among the filmmakers to be examined are Steven Soderbergh, David Lynch, John Sayles, Spike Lee, Quentin Tarantino, the Coen brothers, Wes Anderson, Sofia Coppola, P.T. Anderson, Jim Jarmusch and Charlie Kaufman. Patrick Anderson urges participants to view and analyze a variety of film clips carefully so that, by the end of the session, they will be more visually articulate and critically aware of how one "reads" a film.

Understanding the Movies: The Art of Film

Film is a powerful medium, generating billions of dollars and untold hours of entertainment around the world. Understanding how film creates and delivers idea, and how it shapes and reflects popular attitudes, adds to our appreciation of the cinematic experience. Increase your film vocabulary and have fun discussing movies together with film buff and scholar Patrick Anderson.