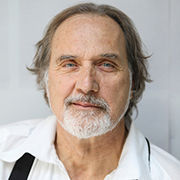 Stephen Collins is a Shakespearean trained actor with 40 years of theatrical experience under his belt. He has performed as Walt Whitman over 1,000 times and been met with rave reviews. Mr. Collins' performance does not just deliver the poetry; he brings the poet to life on the stage. The show conveys an understanding of the impact and the reactions of the characters to their respective times, giving the audience not just a performance, but an experience. 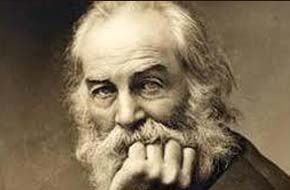 This program opens with the elderly Whitman on the evening of his seventieth birthday. The audience is a visitor in his room as he prepares for his birthday celebration. Whitman begins to reminisce during the telling. He transforms into his young vibrant self and we begin to trace back with him the experiences that led to the creation of Leaves Of Grass, his lifetime work. The first part of the performance explores Whitman's preoccupation with the self and his resolve to write with "free and brave thought..." In the second part of the performance, Whitman's life is changed forever by the Civil War. It is here that he finds "the most important work of my life," nursing the wounded soldiers in the hospitals. Through Stephen Collins' recitation of poetry and readings of actual letters, we experience Whitman's movement from selfishness toward selflessness and his growth into a mature artist who is at peace about "himself, God and death."