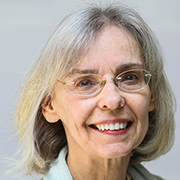 Carrie Brown holds a Ph.D. in American Literature and Folklore from the University of Virginia. She is an independent scholar who also works as a freelance history curator for museums in New England. She has developed exhibitions for museums, visitors' centers, and historic sites on a wide range of topics, including industrial history, transportation, and the Civil War. The author of two books and many articles and exhibit catalogs, Brown delights in finding connections between ordinary people and momentous historic events. 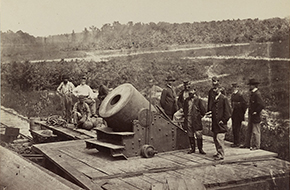 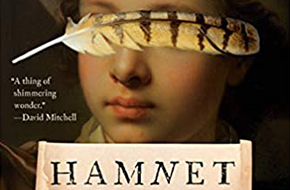 Perspectives Book Group - Hamnet: A Novel of the Plague

As part of New Hampshire Humanities' Perspectives Book Groups, we're reading "Hamnet," by Maggie O'Farrell.  In this imagined re-creation of the early life of Shakespeare, his wife Agnes is an extraordinary woman, a gifted healer, and a central force in her husband's life. Tragedy occurs in the family just as the young husband's career in the London theatre is taking off.

Drawing on Maggie O'Farrell's long-term fascination with the little-known story behind Shakespeare's most enigmatic play, Hamnet is a luminous portrait of a marriage, at its heart the loss of a beloved child.

Warwickshire in the 1580s. Agnes is a woman as feared as she is sought after for her unusual gifts. She settles with her husband in Henley street, Stratford, and has three children: a daughter, Susanna, and then twins, Hamnet and Judith. The boy, Hamnet, dies in 1596, aged eleven. Four years or so later, the husband writes a play called Hamlet.

Award-winning author Maggie O'Farrell's new novel breathes full-blooded life into the story of a loss usually consigned to literary footnotes, and provides an unforgettable vindication of Agnes, a woman intriguingly absent from history. 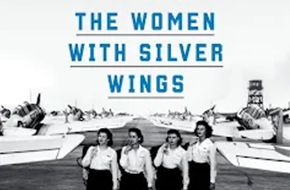 When the Japanese attacked Pearl Harbor in December 1941, Cornelia Fort was already in the air. At twenty-two, Fort had escaped Nashville’s debutante scene for a fresh start as a flight instructor in Hawaii. She and her student were in the middle of their lesson when the bombs began to fall, and they barely made it back to ground that morning. Still, when the U.S. Army Air Forces put out a call for women pilots to aid the war effort, Fort was one of the first to respond. She became one of just over 1,100 women from across the nation to make it through the Army’s rigorous selection process and earn her silver wings.

The brainchild of trailblazing pilots Nancy Love and Jacqueline Cochran, the Women Airforce Service Pilots (WASP) gave women like Fort a chance to serve their country—and to prove that women aviators were just as skilled as men. While not authorized to serve in combat, the WASP helped train male pilots for service abroad, and ferried bombers and pursuits across the country. Thirty-eight WASP would not survive the war. But even taking into account these tragic losses, Love and Cochran’s social experiment seemed to be a resounding success—until, with the tides of war turning, Congress clipped the women’s wings. The program was disbanded, the women sent home. But the bonds they’d forged never failed, and over the next few decades they came together to fight for recognition as the military veterans they were—and for their place in history.

Perspectives Book Group - When All Is Said

As part of New Hampshire Humanities' Perspectives Book Groups, we're reading "When All Is Said," by Anne Griffin. If you had to pick five people to sum up your life, who would they be? If you were to raise a glass to each of them, what would you say? And what would you learn about yourself, when all is said?

At the bar of a grand hotel in a small Irish town sits 84-year-old Maurice Hannigan. He’s alone, as usual ­- though tonight is anything but. Pull up a stool and charge your glass, because Maurice is finally ready to tell his story.

Over the course of this evening, he will raise five toasts to the five people who have meant the most to him. Through these stories - of unspoken joy and regret, a secret tragedy kept hidden, a fierce love that never found its voice - the life of one man will be powerfully and poignantly laid bare.

Beautifully heart-warming and deeply felt, the voice of Maurice Hannigan will stay with you long after all is said and done.

Perspectives Book Group - You Never Forget Your First: A Biography of George Washington

As part of New Hampshire Humanities' Perspectives Book Groups, we're reading "You Never Forget Your First," by Alexis Coe. Coe looks at the human being behind the hero and the myth and explores less known and seldom talked about aspects of his life.

Young George Washington was raised by a struggling single mother, demanded military promotions, caused an international incident, and never backed down--even when his dysentery got so bad he had to ride with a cushion on his saddle. But after he married Martha, everything changed. Washington became the kind of man who named his dog Sweetlips and hated to leave home. He took up arms against the British only when there was no other way, though he lost more battles than he won.

After an unlikely victory in the Revolutionary War cast him as the nation's hero, he was desperate to retire, but the founders pressured him into the presidency--twice. When he retired years later, no one talked him out of it. He left the highest office heartbroken over the partisan nightmare his backstabbing cabinet had created.

Back on his plantation, the man who fought for liberty must confront his greatest hypocrisy--what to do with the men, women, and children he owns--before he succumbs to death.

With irresistible style and warm humor, You Never Forget Your First combines rigorous research and lively storytelling that will have readers--including those who thought presidential biographies were just for dads--inhaling every page. 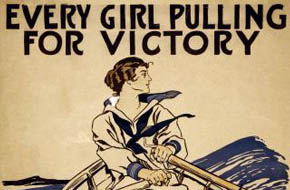 One hundred years ago, a full generation before Rosie the Riveter, American women rolled up their sleeves and entered war industries where they had never been welcome before. They ran powerful machinery, learned new skills, and faced the sullen hostility of the men in the shops. In this illustrated lecture, historian Carrie Brown reveals their courage and their hard work, asks what impact "the Great War" had on their lives, and explores how these women helped shape the work that their more famous daughters would do in the next World War.