This Post Has Been Flagged: Free Speech & Social Media 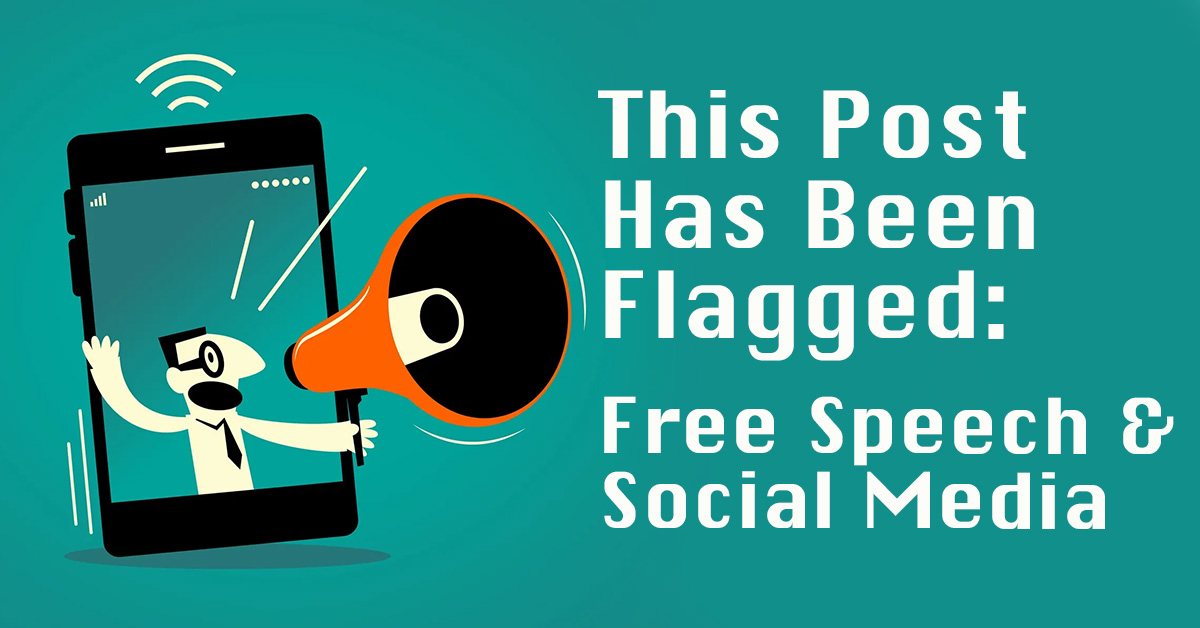 Who should regulate online speech—states or social media companies?

This spring, Texas passed a law preventing companies like Facebook, YouTube, Twitter, and TikTok from discriminating against online expression by removing content, generating broader questions about states’ powers to regulate speech on social media platforms. In court, these tech companies argued that the law was unconstitutional because they exercise editorial discretion, as publishers, protected under the First Amendment. While the Supreme Court blocked the law from taking effect in an emergency ruling, the case has been appealed, and continues to make its way through the courts. The final decision will carry significant implications for proposed legislation in other states, including New Hampshire.

At this Ideas on Tap, we’ll unpack these tangled issues in conversation with legal experts and legislature watchers. Our panelists will help us think about states’ obligations to their citizens, whether they can regulate social media companies, and if state laws can limit companies’ First Amendment rights.

Ideas on Tap is a series of "pint-sized conversations about big ideas." Join us for drinks, appetizers, and conversation in a casual pub setting.

Cost is $15 per person and includes appetizers and one beverage (beer, wine, or non-alcoholic drink) in the relaxed atmosphere of Feathered Friend Brewing in downtown Concord.

Justin Silverman is executive director of the New England First Amendment Coalition. Silverman is a former journalist and a current Massachusetts-based attorney. He is also an adjunct professor at the University of Maine School of Law and New England Law | Boston.

Nick Capodice co-hosts NHPR's Civics 101, the podcast refresher course on the basics of how our democracy works. For four years he and Hannah McCarthy have interviewed hundreds of scholars, politicians, judges and teachers to break down the fundamentals of our government. Nick and Hannah also wrote A User's Guide to Democracy: How America Works, an illustrated primer on civics. Nick lives in Concord, where he cooks Sichuan food and talks way too much about board games.

Anna Brown, is Director of Research & Analysis at Citizens Count, a nonprofit dedicated to providing unbiased information about New Hampshire issues and candidates. In her current role she is responsible for tracking, analyzing, and summarizing the roughly 2,000 bills and 1,000 candidates that move through New Hampshire every two years. She co-hosts the podcast $100 Plus Mileage, a joint project with the Granite State News Collaborative, covering lesser-known legislation before the New Hampshire General Court. She is also a regular guest and subject matter expert on New Hampshire politics for NHPBS, NH Public Radio, and other media outlets. She received her master’s degree in justice studies from the University of New Hampshire.

Meg Mott, Ph.D., Professor of Politics Emerita and Town Moderator, Putney, VT. After twenty years of teaching political theory and constitutional law to Marlboro College undergraduates, Meg Mott has taken her love of argument to the general public. She attended the University of New Hampshire in the 1970s and is currently teaching at Keene State College. Meg’s award-winning series Debating Our Rights on the first ten amendments brings civil discussions on contentious issues to public libraries and colleges.

"Social Media and Public Health: A Conversation Featuring State Attorneys General," We The People Podcast from the National Constitution Center

This series was made possible by the Mellon Foundation.