Educating the Nation: Public Schools and Our Democracy, Past, Present, and Future

Why do we have public schools? What do we want from them, and why do we seem to be losing faith in them?

Once an innovative idea and a source of national pride, American public education has since become a deeply polarized topic. Using his personal story as an immigrant attending America’s public schools, along with extensive historical research, historian Johann Neem explores the original purposes of public education in forging a nation.

As New Hampshire, like all states, debates pressing matters of education, including charter schools, private school choice, and funding concerns, Neem asks us to step back, take stock, and understand public schools’ past so we can improve their future. Join us for this free, online program in our A "Good" Citizen Lecture Series, part of the 2022 A More Perfect Union initiative. 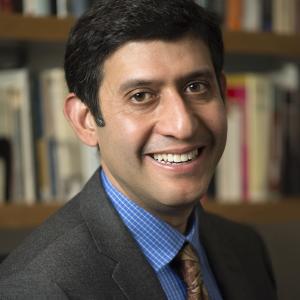 Johann N. Neem is an historian of the early American republic. He is editor of the Journal of the Early Republic. He is an active contributor to the conversation on higher education reform. His new book, What's the Point of College?, seeks to answer that very question for our reform-minded era. His other recent book, Democracy's Schools: The Rise of Public Education in America examines the origins and purposes of American public education between the American Revolution and the Civil War. His first book, Creating a Nation of Joiners, published by Harvard University Press, examines the development of civil society in Massachusetts after American independence. Neem received his B.A. in history from Brown University, where he wrote his senior thesis on civic education under the guidance of Ted Sizer. He went on to complete his Ph.D. at the University of Virginia under Peter Onuf. Neem is Professor of History at Western Washington University.