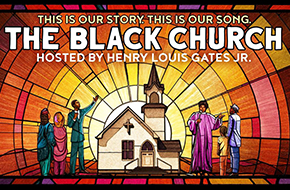 New Hampshire PBS and New Hampshire Humanities present a virtual screening of the new documentary, THE BLACK CHURCH: THIS IS OUR STORY, THIS IS OUR SONG on Monday, February 8th at 6 pm. The powerful series from executive producer, host and writer Henry Louis Gates, Jr., (PBS Finding Your Roots) traces the 400-year-old story of the Black church in America, all the way down to its bedrock role as the site of African American survival and grace, organizing and resilience, thriving and testifying, autonomy and freedom, solidarity and speaking truth to power.
The screening includes highlights from all four episodes of the series. After the screening, New Hampshire Humanities Public Programs Director Dr. Tricia Peone will host a conversation with Dr. Vaughn Booker, Assistant Professor of Religion and African and African American Studies at Dartmouth College.

The February 8th screening is free, but you must register to receive the link. 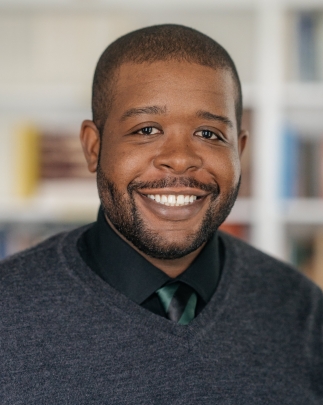 Dr. Vaughn Booker received his A.B. in Religion from Dartmouth (’07), his M.Div. from Harvard, and his M.A. and Ph.D. in Religion from Princeton, with a Certificate in African American Studies. His focus is the historical study of twentieth-century African American religions, including religion and popular music, "race histories," gender and religious leadership, visual and material culture, African American metaphysical religions, practices of memorialization and mourning, and African American religious internationalism. Vaughn's academic publications have appeared in The Journal of Africana Religions, Religion and American Culture: A Journal of Interpretation, Nova Religio: The Journal of Alternative and Emergent Religions, and the open-access journal Religions. His recent book is Lift Every Voice and Swing: Black Musicians and Religious Culture in the Jazz Century (New York: New York University Press, 2020).