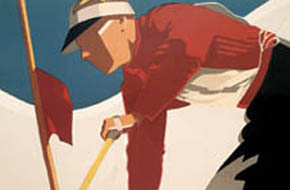 Take Scandinavian and Austrian immigrants, the Dartmouth Outing Club, the Cannon Mountain Tramway, the muscular Christian, amateur tinkerers, and Professor E. John B. Allen. Cover it with snow and shake, and you have all the makings of a unique New Hampshire history! Join us and learn about early skiing in the state, the importance of jumping, the mechanization of skiing, and how New England and New Hampshire fit into the big picture of America's ski culture.

Professor Emeritus of History at Plymouth State University, John Allen was awarded the International Skiing History Association’s Lifetime Achievement Award in 2009. He serves as historian for the New England Ski Museum in Franconia, and is the author of several books, including From Skisport to Skiing: One Hundred Years of an American Sport, The Culture and Sport of Skiing from Antiquity to World War II, and A Historical Dictionary of Skiing, Skiing in the Eye of the Artist, published in Vienna in October 2021, and Traveling the Old Ski Tracks of New England (forthcoming in late 2022). Allen has served as a consultant to several ski history documentary films.