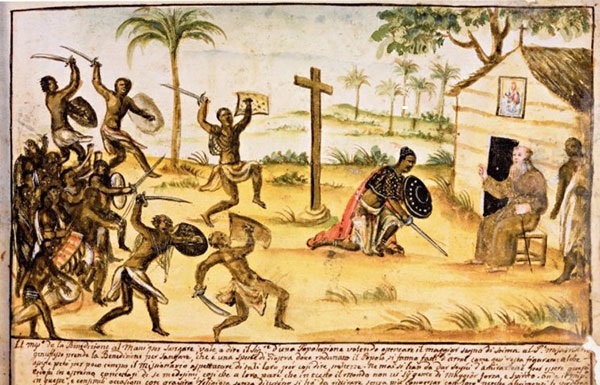 The Stono Rebellion has been called the most important slave revolt in North American history. In this lecture, Damian Costello examines the events and the deep African roots of the 1739 uprising in South Carolina. Recent arrivals from the Kingdom of Kongo drew on drumming traditions, military organization, and Kongolese spirituality to communicate their message of freedom. The high point of the revolt was a ceremonial dance, the sangamento, which fused African precedents and enacted the rebels’ call of liberty. Costello will also trace the sangamento tradition in the U.S. and throughout the Americas, and discuss how the Kongolese message of liberty can inform present-day efforts to overcome the lingering effects of our colonial inheritance.