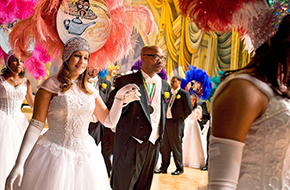 The Power of Place: Marthaâs Vineyard and the Growth of the Black Elite

For Black Americans traveling in the era of segregation presented serious dangers from hotels and restaurants that refused to accommodate them to hostile “sundown towns,” where posted signs warned people of color that they were banned after nightfall. Out of necessity, Black travelers would flock to towns like Oak Bluffs where they would be welcomed. Initially established by freed slaves who sought shelter there after slavery was abolished. Then, in the 1930s and 1940s, as African Americans in urban centers like New York, Washington, D.C. and Boston began to establish themselves as part of the middle and upper-middle class, they flocked to the East Coast shoreline in summer to take in the beach and the bonfires.

For this conversation, panelists will share the history and personal stories of the growth of the Black Elite on the Vineyard and how this upwardly mobile Black community recast the borders of white spaces.

The winter Tea Talk series, presented by the Black Heritage Trail of New Hampshire (BHTNH) and sponsored in part by a grant from New Hampshire Humanities, is a series of participatory lectures related to New Hampshire’s Black history and African American culture. These events are free and open to the public. For more information, visit www.blackheritagetrailnh.org/tea-talks.