What Does It Mean to be an American? 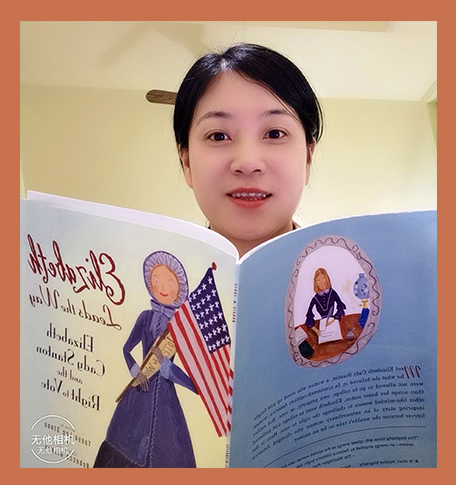 " Liberty and Justice for All”

“All Men are Created Equal”

For all Americans, these words ring true as the promises made in the founding of our country.
For those who seek to learn about America, the understanding of what these words mean and how they are demonstrated in our culture is fundamental.

In a recent New Hampshire Humanities (NHH)  Connections program requested by Barbara Visciano, teacher of the ESL Civics Reading and Discussion Class at the Dover Adult Learning Center , the concept of liberty and justice in our history was the topic of exploration. Using four picture books during the four week series, facilitator Bill Badgley took these students on an historical journey to four periods in American history during which there were struggles to live up to ideals set forth in our founding documents. He posed the essential question: What is an American?

In the first class, students read Elizabeth Leads the Way: Elizabeth Cady Stanton by Tanya Lee Stone and were introduced to this early suffragette and her role in securing the vote for women. Following that, the role of the Underground Railroad and the injustices of slavery were discussed using Follow the Drinking Gourd by Jeanette Winter. The need to continue addressing the full inclusion of African Americans was brought to light in reading Sit-In: How Four Friends Stood Up by Sitting Down by Andrea Pinkney. How Baseball Saved Us by Ken Mochizuki gave students a look at the issue of Japanese Internment in WWII from the perspective of a young boy. Students were delighted to learn that this NHH  Connections program allowed them to keep these books to add to their personal libraries. 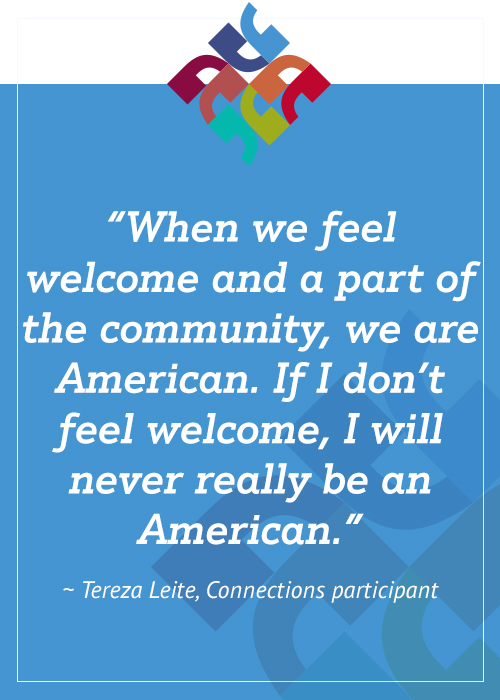 Discussions led by Bill during the program were rich and probing. Students brought perspective from their native countries and were quick to point out the universal quest for freedom and dignity. They grappled with the question of civil disobedience in the face of cruelty and injustice as during the times of slavery and racial discrimination. “I really like these books because the other books I read say in the United States all men are created equal, but these books tell more of American history,” said one student.

They recognized the impact of marginalizing groups of people and dismissing the cultures of those who may come from other places. “It’s not just the Japanese that needed to be saved. America needed to be saved to be able to include everyone,” was the response of one student after reading Baseball Saved Us .  “Being in a Japanese internment camp broke their culture,” reflected another.

Some students read the books to their children and saw in their reactions the suffering of those who were not treated with respect because of their differences. “My children are Chinese children and here in school in America. I read the books to them and my young son cried when he heard about how the Japanese boy in the story was treated. I like when my children learn from the books about everyone being the same,” shared student, Lin Huang,  in evaluating the program. Another student, Yaling Liu, is anxious to give her books to her son when she returns to her native country in order to help him understand America.

In answer to the question: What is an American? Tereza Leite, a newly naturalized American citizen, commented, “When we feel welcome and a part of the community, we are American. If I don’t feel welcome, I will never really be an American.” One could not ask for a simpler or more important truth.

For a printable copy of this article click HERE .