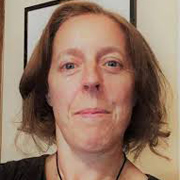 Mary C. Kelly, Ph.D., is Professor of History at Franklin Pierce University, where she has taught for twenty-five years. Her Masters in Modern Irish History is from University of Galway, in Ireland, and her Ph.D. in Modern American History is from Syracuse University. Her research explores Irish-American ethnic identity and the historical relationship with Ireland. She recently edited the book Navigating Historical Crosscurrents in the Irish Atlantic (Cork University Press, 2022), and also published Ireland's Great Famine in Irish American History (Rowman & Littlefield, 2014) and The Shamrock and the Lily (Peter Lang, 2005). Professor Kelly was honored with the 2016 Holyoke St. Patrick's Day Committee Ambassador Award and a 2014 Keene State College President's Outstanding Women in New Hampshire Award. She hails from Westport, in County Mayo, in the west of Ireland. 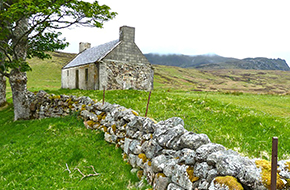 Drawing on material from her book Ireland's Great Famine in Irish-American History, Dr. Kelly will discuss the role of the Famine in shaping Irish-American ethnic identity. Focusing on the long-term impact of the episode between the 1840s and 1990s, she explores the shadowed landscape of Famine legacy and its status in Irish-American culture today. Referencing contemporary press accounts and the writings of Famine survivors and their descendants, Dr. Kelly shows how interrogating Famine memory enables the Irish on both sides of the Atlantic to deal with the material and emotional inheritance of this tragic experience. 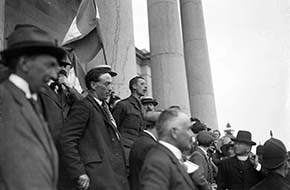