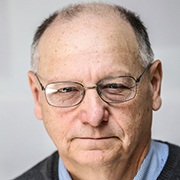 John Gfroerer is a documentary producer and owner of Accompany, a video production company based at the Capitol Center for the Arts in Concord. He has produced over 40 documentaries, ranging from profiles of towns along the Maine Coast to a history of the New Hampshire Presidential Primary. Gfroerer's work has been aired on public television stations, The History Channel, and many other venues. He is also director of the Concord Historical Society.

A History of the New Hampshire Presidential Primary

This program presents a brief history of the New Hampshire Presidential Primary, from its origins during the Progressive era of the early twentieth century, through its evolution to the most important step toward being elected President of the United States. Based around segments from the documentary "The Premier Primary, New Hampshire and Presidential Elections" this program focuses on several memorable moments such as Senator Muskie crying in front of the Union Leader office, and who paid for Ronald Reagan's microphone. Clips from the documentary are interspersed with discussion and questions about how New Hampshire came to hold this important political event every four years. Led by John Gfroerer, who has produced several documentaries about New Hampshire's political history, including "The Premier Primary." 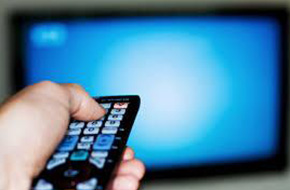 Television: The Art & Ethics of Manipulation

John Gfroerer explores the power of television as a communication medium and the ethical implications of manipulating the viewer by means of the choices made behind the camera through the final editing process. By examining the artistic techniques used to persuade, induce, and entice us, Gfroerer considers the extent to which television teaches or simply tantalizes us. Are ethical boundaries crossed by the use of these techniques, and to what extent as media consumers should we care?