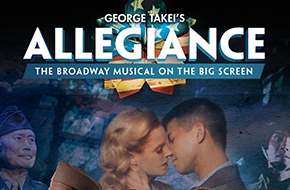 Inspired by Takei's experience as a child, this Broadway musical tells the story of Takei and his family who were wrongfully imprisoned with other Japanese Americans in U.S. internment camps during WWII. George Takei is best known for his role of Hikaru Sulu in the original Star Trek TV series.

This event is part of an New Hampshire Humanities Community Project Grant-funded project, Bitter Injustice: The Japanese-American Internment of World War II, a multi-community reading initiative marking the 80th anniversary of Executive Order 9066, which forced 120,000 people of Japanese descent out of their homes and into detention camps.