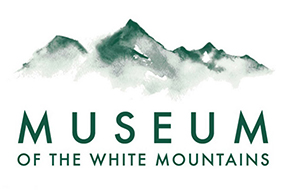 In the 19th century, the land mass today known as the White Mountain National Forest was owned by an ever-changing cast of characters. In the 1850s, two different surveyors were hired to resolve contention over land ownership boundaries in the area, including Mt. Washington itself. Instead of resolution, the surveys led to three New Hampshire Supreme Court cases. This talk by Rebecca Weeks Sherill More, Ph.D. will focus on the complex role surveyors' maps have played in landownership in the White Mountain region from the colonial era to today.  Dr. More holds an appointment as Visiting Scholar in the department of History at Brown University, Providence RI, and is a part-time resident of Lancaster NH.

Presented as part of the Museum’s summer exhibition: Wayfinding: Maps of the White Mountains. The Summer 2021 Speaker Series was made possible with support from New Hampshire Humanities, in partnership with the National Endowment for the Humanities.

Museum of the White Mountains