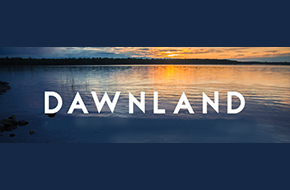 The troubling legacy of Indian Boarding Schools has been much in the news lately, as the federal Truth and Healing Commission, led by Secretary of the Interior Deb Haaland, begins releasing reports of its ongoing investigation into government efforts, beginning in the 1860s, to eliminate Native American languages and cultural practices by removing children from their homes to be sent to federal boarding schools. Among these reports has been confirmation by the Truth and Healing Commission of the hidden deaths and burials of hundreds of children at these schools.

Join us for a public program that focuses on Maine’s recent efforts to come to terms with the painful legacies of the removal of Wabanaki children from their homes, practices that continued into the 1970s.

Dr. Mishy Lesser will introduce and host a viewing of the Emmy-winning documentary Dawnland (2019), for which she was the head researcher. Dr. Lesser is the learning director for the Upstander Project, a documentary film and educational company. She has authored Upstander Project’s many learning and viewing guides and has been featured on WBUR (Boston) and PRI/BBC’s The World.

Dawnland focuses on the work of the Maine Wabanaki Truth and Reconciliation Committee, guided by TRC commissioner gkisedtanamoogk (Mashpee Wampanoag) and Esther Anne (Passamaquoddy), as the TRC visit Wabanaki homelands between 2013 and 2015 to meet with tribal members and listen to their personal experiences of removal from their homes by Maine’s Child Welfare system. The film includes historical footage of Indian Child Welfare hearings in Maine, powerful individual interviews, and accounts of traditional and ongoing Wabanaki cultural practices that enable resilience. A recent reviewer of the film has praised Dawnland for its invitation to viewers “to consider what it might take for settler-states to transition from occupier to neighbor.”

Parking is available next to the Dana Center. Remote attendance is possible via Zoom: https://anselm.zoom.us/j/97994649558

This event was made possible with support from New Hampshire Humanities, in partnership with the National Endowment for the Humanities. Support was also provided by the Gregory J. Grappone ’04 Humanities Institute at Saint Anselm College.