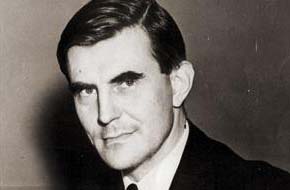 John G. Winant, three-time governor of New Hampshire went on to serve the nation in several capacities on the national and international scene. In the process he became a hero to the British in World War Two and to the common man throughout the developed world. His life, marked by highs and lows, ended tragically in his mansion in Concord. The program examines his life and measures his impact at home and abroad.